So a little while ago a friend called me to see if I would be interested in buying his MK2 van. Well I wasn’t going to pass up the chance to own a van. I’ve been looking at buying one of these for ages! So Sam and I jumped in the Caddy and went to take a look. 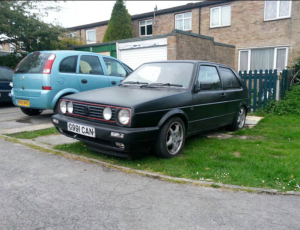 This is what was waiting for us. So with it being a non runner,painted badly in matt black and having some really shocking wheels it was still a case of not being able to get the cash out quick enough.

After quick inspection it turned out that the engine loom was full of broken wires and needed to come out. 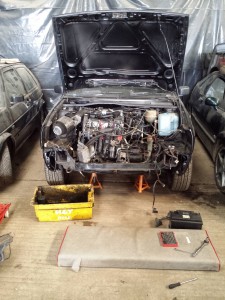 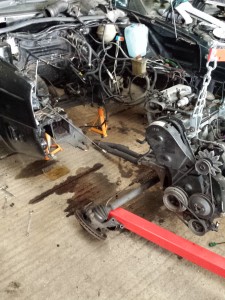 So it would have been far to easy to just put a new loom in but that’s no fun. With the engine out it was time for a new lick of paint. 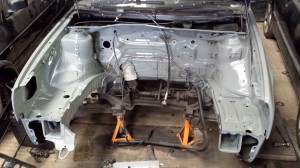 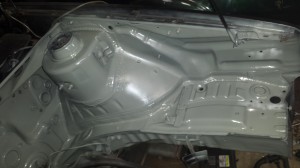 We’ve had a 2.0 16v Corrado breaking and a van that needed an engine. So it was an obvious choice 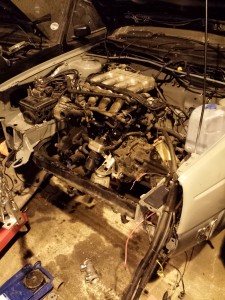 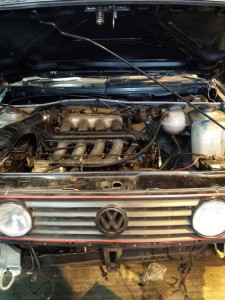 So by the end of the next night it was in. The thing I love about MK2 golfs is they go together so easily and with another couple of hours it was all buttoned up and ready to start.

This has been fitted in when we’ve had a spare 5 mins in the workshop.